This block contains code to dead links This block will not be visible on the live site.

The President and a Vice-President (President-elect) are elected by the membership at regular biannual conferences. The president will appoint a Secretary, a Treasurer and up to fifteen Councilors. The term of officers is two years but that of Councilors four years. 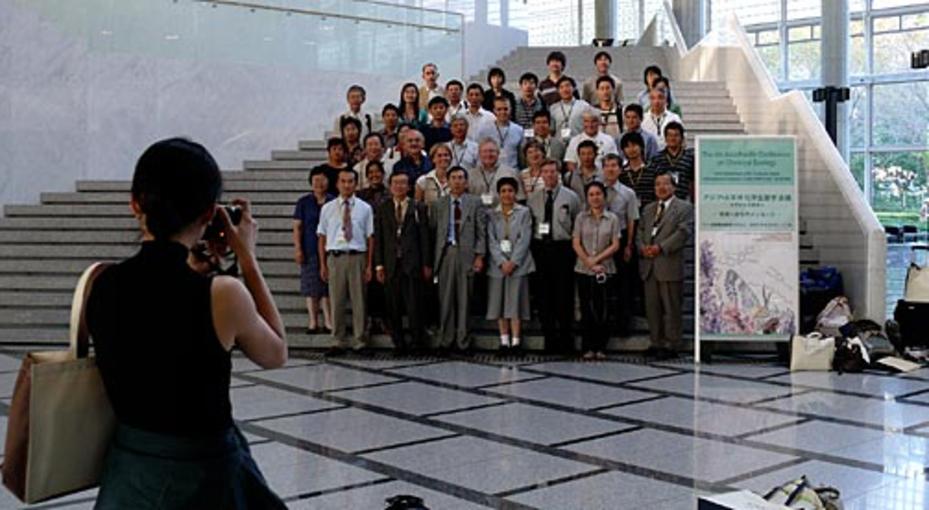 APACE was officially inaugurated at a symposium meeting held in conjunction with Third Asia-Pacific Conference of Entomology in Taichung, Taiwan on 21 November 1997.

APACE is organized to promote the understanding of interactions between organisms and their environments that are mediated by naturally occurring chemicals. Research areas include the study of structure, function, synthesis and biosynthesis of natural products related to organisms, their importance at all levels of ecological organization, their evolutionary origin and their practical application.

The Regular Meetings are held every two years. Its 1-st scientific meeting was held in Shanghai, China on 1-4 November 1999. The 2-nd meeting was conducted in Penang, Malaysia on 7-11 August 2001. The 3-rd meeting, originally planned to be held in Kyungju, Korea in 2003 had to be postponed due to the SARS pandemic, was conducted in Jeju, Korea on 18-21 October 2005. The 4-th meeting was conducted in Tsukuba, Japan on 10-14 September 2007. The 5-th meeting was conducted in Honolulu, Hawaii, USA on 27-30 October 2009. The 6-th meeting was held in Beijing, China on 11-15 October 2011. The 7-th APACE biannual meeting was held together with 29-th annual meeting of the International Society of Chemical Ecology (ISCE) as the first joint APACE+ISCE conference named the International Chemical Ecology Conference (ICEC2013) and was conducted in Melbourne, Victoria, Australia on 19-23 August 2013, and achieved a long-term aspiration of APACE and ISCE Founders and Executives to organise joint meeting of both societies and to establish the tradition of regular joint conferences. The 8-th APACE meeting was successfully held in California, US. After great success of ICEC2013 in Melbourne, both chemical ecology societies agreed to hold joint conferences every 4 years, with the next joint APACE+ISCE conference to be held in 2017 in Kyoto, Japan.